This world is inhabited by strange creatures called monsters, which were created long ago to solve the world’s problems. Unfortunately, that didn’t work out too well, so they were all sealed in “Disk Stones.”

Fast forward thousands of years and humanity has rediscovered how to unlock the monsters from these Disk Stones. It’s working out pretty great so far, except that it had the side effect of producing the most bizarre creatures the world has ever seen…

Welcome to the world of Dingus Rancher! 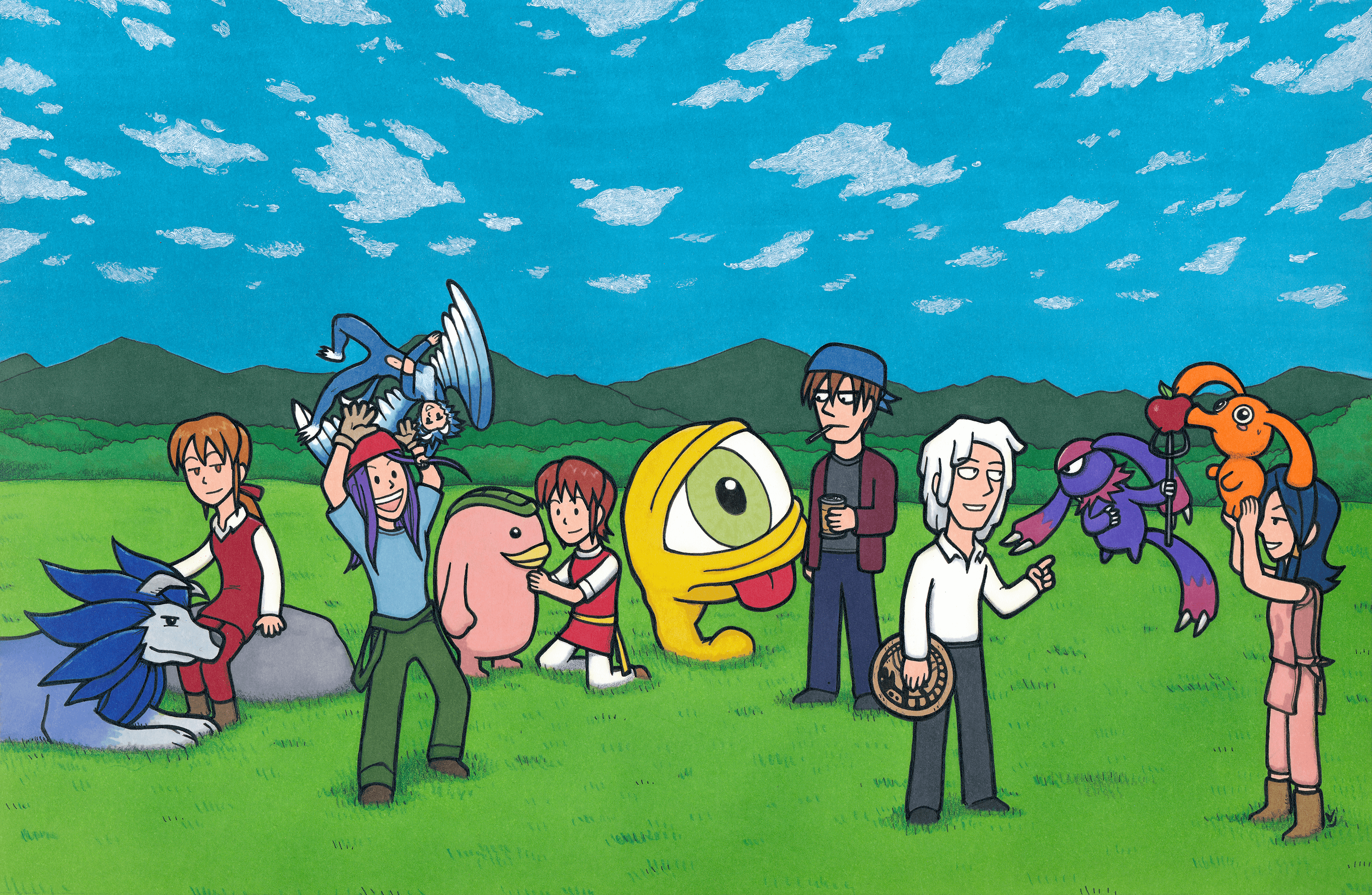 Dingus Rancher is a weekly comic based on the Monster Rancher series of video games by Koei Tecmo Games, in which players can create monsters from household CDs and DVDs and raise them to compete against others. The games have appeared on Sony’s Playstation and Playstation 2 video game consoles, as well as other game platforms, including Nintendo’s Game Boy Advance and smart devices. The comic is updated weekly on Fridays.

The comics may contain mild language, cartoon violence, crude humor, alcohol and tobacco use, and/or suggestive themes. Parental guidance is suggested for children under 12 years and select species of sea cucumber. 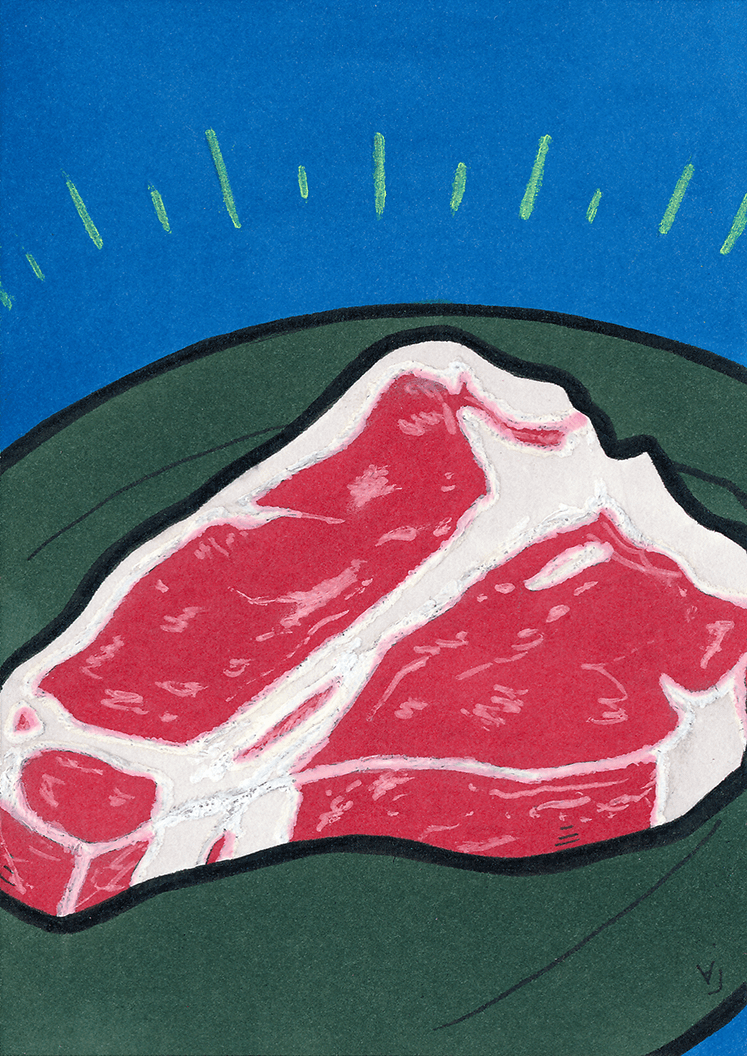 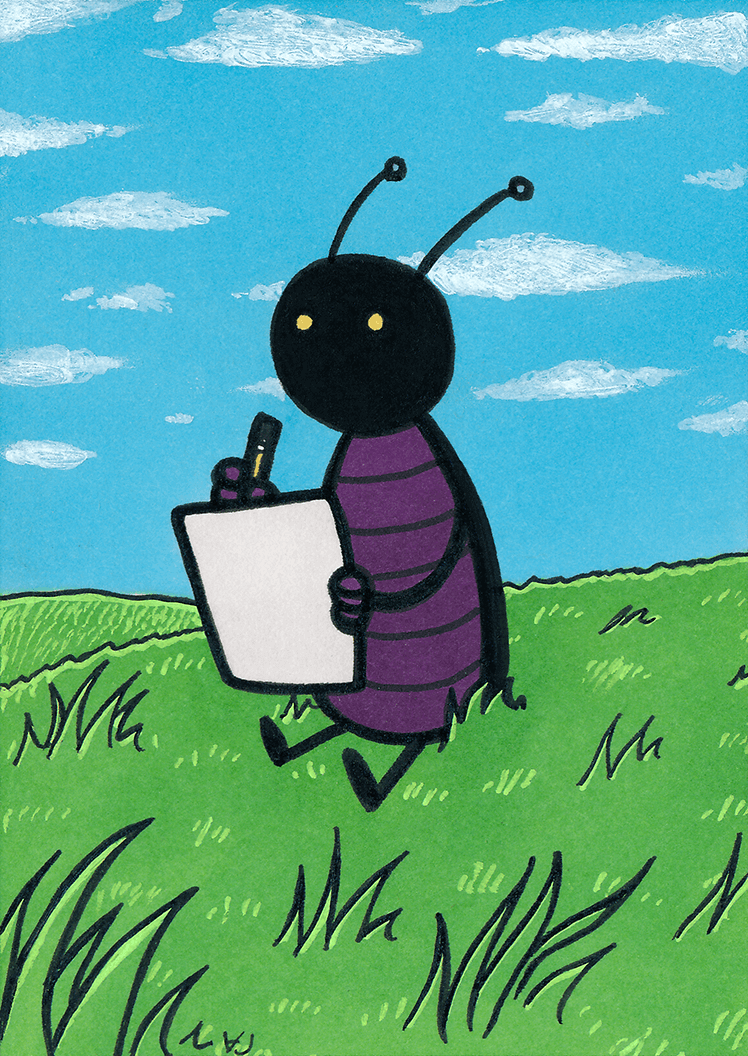 Yam's On Pictures (and Words!)漫画：Yam

GM is a computer engineer by trade; a graduate of the University of Newcastle upon Tyne and former researcher at the University of Cambridge. But his interests run the gamut: he is a lover of English, storytelling, beef, semicolons, and video games in particular. This includes not only the playing of games, but their design and development as well, and his personal favorite series is the eccentric and unique Monster Rancher. After introducing his good friend Yam to the games, they talked about the possibility of making some fun and silly comics based on them. Then Dingus Rancher happened and all was good times.

Yam is a strange cartoonist from Yanaguana. She’s been drawing ever since she could pick up a crayon without eating it. Her love affair with comics started at a very early age, even before she could read. Yam received a BFA in graphic arts/communication design from Texas State University. She has worked on many freelance projects, and also created the comic strip series “Silly Hill.” She’s very excited to be working on Dingus Rancher.